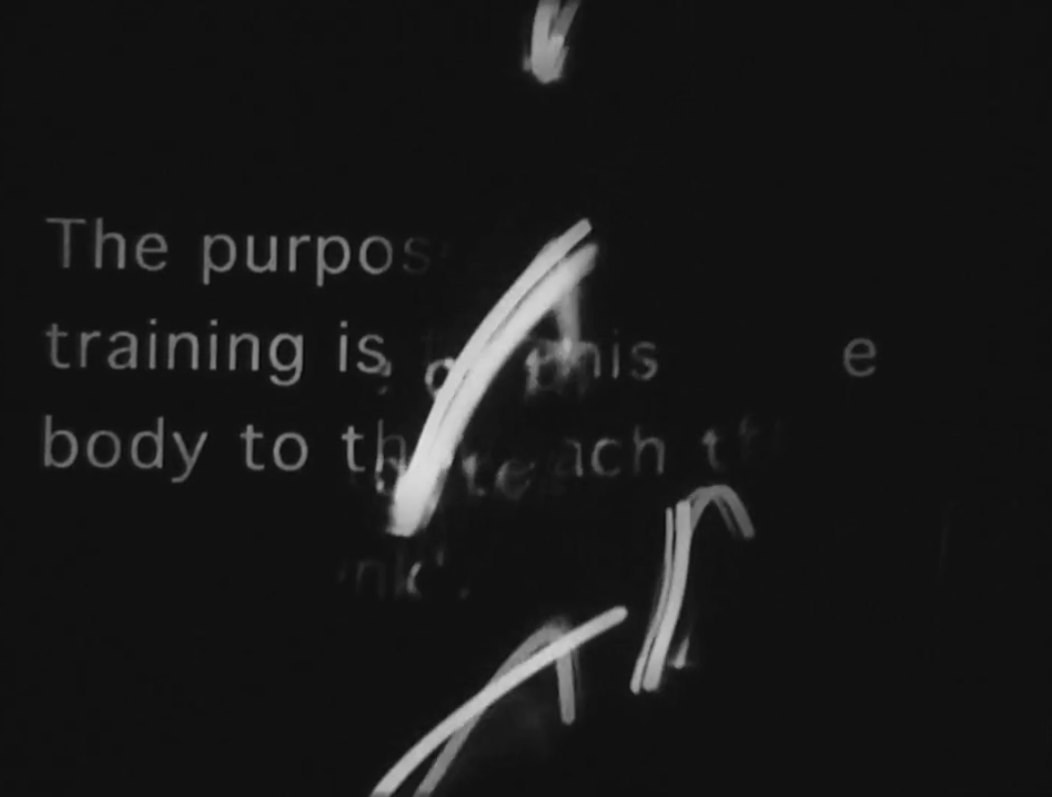 In music, a fugue is a contrapuntal compositional technique in two or more voices. A motive is introduced at the beginning in imitation and recurs frequently in the course of the composition.
Fugue (2015) is a formal, personal and physical experiment in order to understand the relationship between image and sound and movement. The movements and the setting are informed by motion studies that were conducted and filmed in the 1920s as well as concepts of biomechanics as a form of actor’s training. In the film the movements that are recorded are also printed on the part of the film frame that is then read as optical sound by the projector. What you hear is what you see. Or the image recurs as movement and the movement recurs as sound.

Please email krstn _a t_ zeromail.org, if you wish to retrieve password to preview a digitised version.