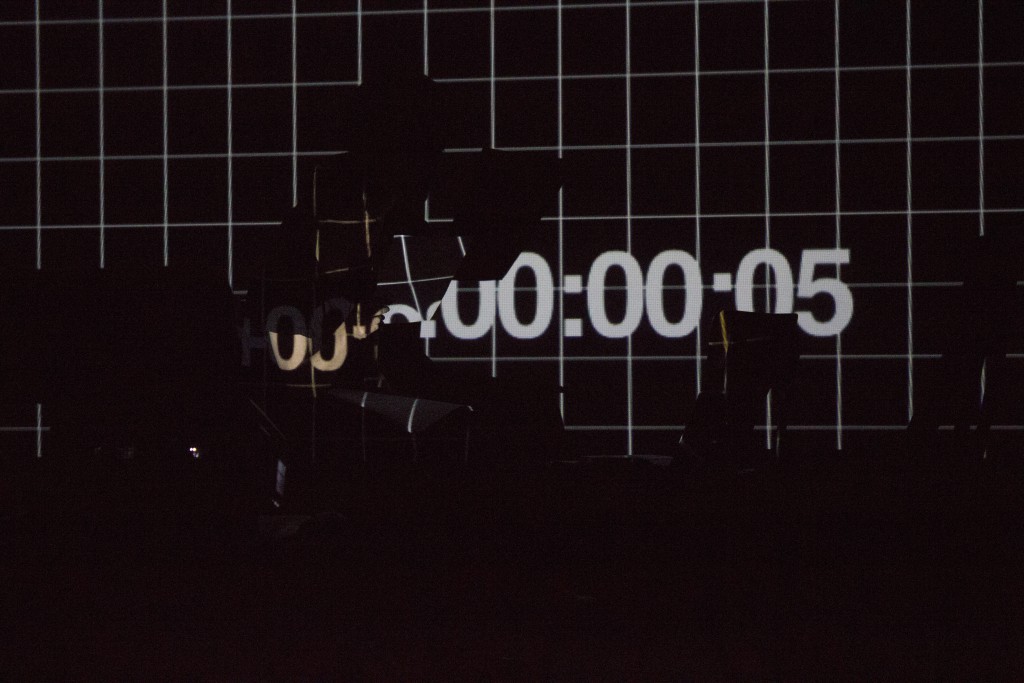 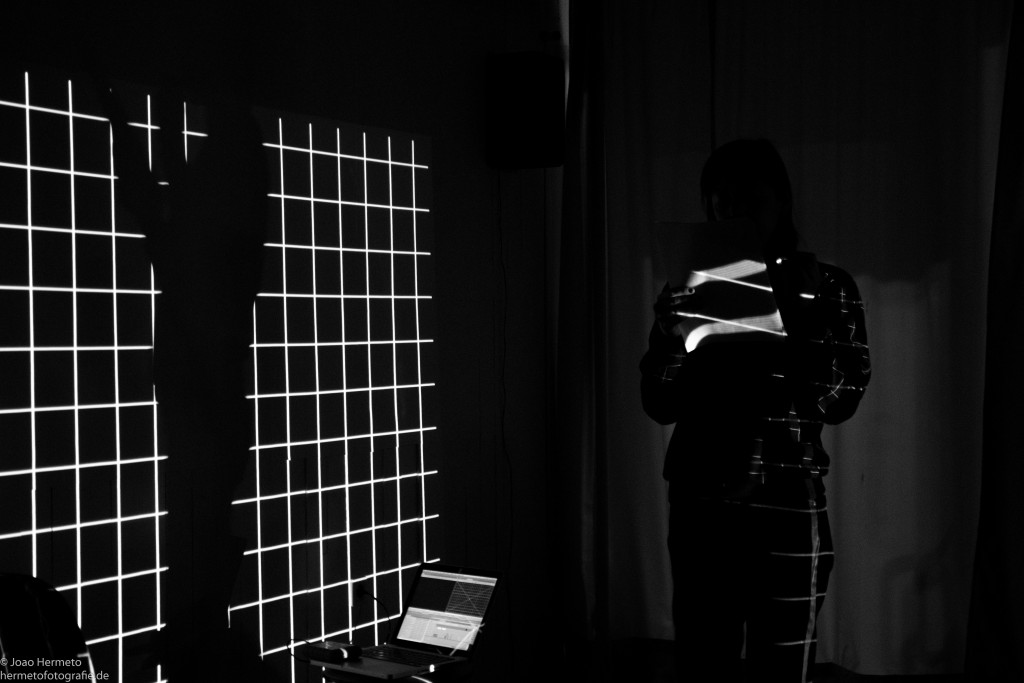 in order to understand both the actual and active part of movement as a component of the film material as well as the consequences the material has for social and physical bodies.

A screenplay that wants to be something else. (part 1)

The reanimated screenplay reprinted here deviates from the actual screenplay.

I. A pretext (a situation which has yet to oc- cur)
1. Figure shot. The camera position does not change throughout the film. The camera remains immobile, as if it has not yet learned to change position.

Black. Then white lines or stripes moving ir- regularly across the frame. Noises occur, they seem to be related to the stripes.

2. A rhythm becomes recognisable, both in the visual and the audible.

Meyerhold: “… describes the preparation an actor makes before any actual action… It’s a kind of gestural prologue, if you like.”

I perform the experiment myself in the setting of a motion study film. I restage the experi  ments that were made in the 1920s, but in a frame of contemporary image production and body politics. The movements of the body

in the film become audible. They write the soundtrack, but don’t render the body visible. It is important to have this run through my own body, as a matter of self-observation.
I seek to act out self-determination and self-government, as contemporary means of capitalist oppression.

from the performance script, published as: Moving Image Body in Rab-Rab #3, ed. by Sezgin Boynik, Helsinki 2016 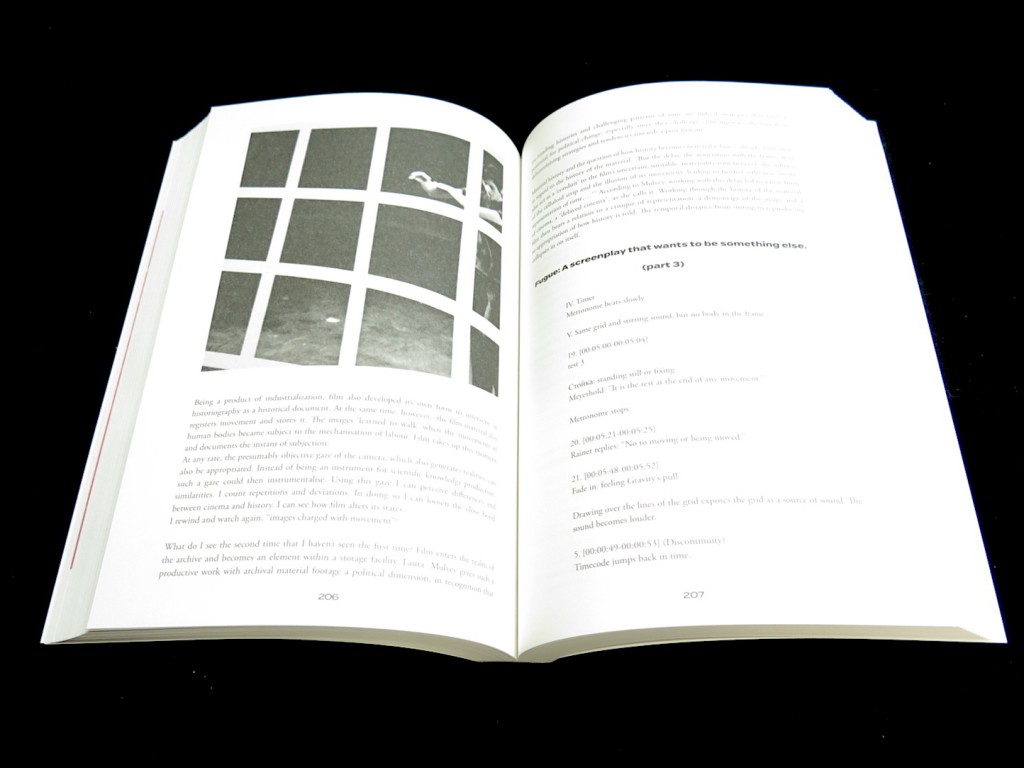