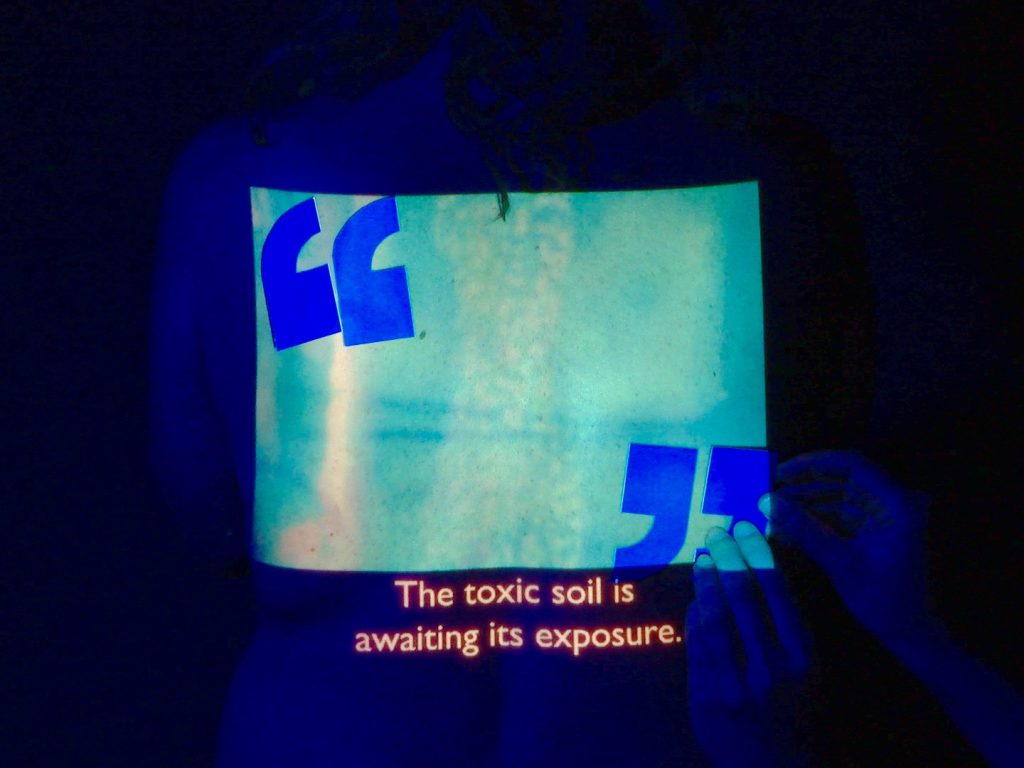 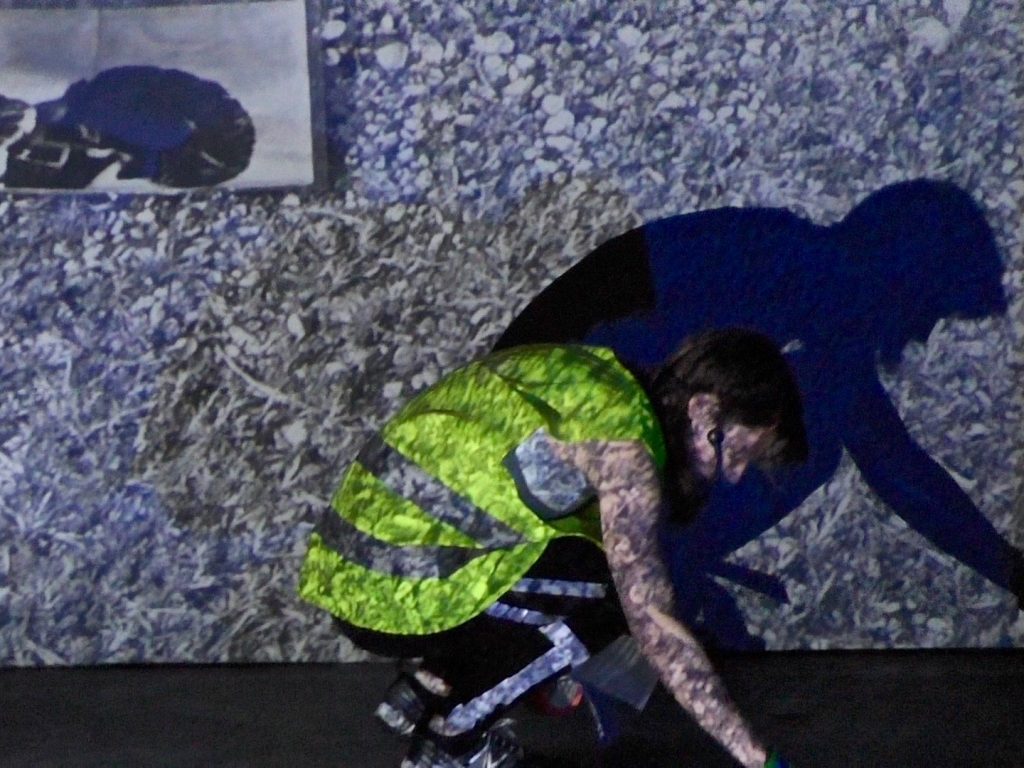 “In this situation, I wanted to start from the materiality of my body, analyse the restrictions imposed on it, which have become part of my psychology. From there, I wanted the ability to act and re-appropriate my body, my knowledge and a different practice…”
(quoted after Women’s Group Via Cherubini Milano, in: Sottosopra 1976)

Juxtaposing images of the production sites of the pharmaceutical-chemical industry with speculations on the historical, social, and material conditions of Cyanotype photography, “Bläue” (Blueness) probes into the (gendered) politics of materiality and the (violent) historicities of its form.
The film follows a figure that proceeds through the stages of exposing and developing a Cyanotype. They revisit sites in Seveso, Italy, and Basel, Switzerland that both relate directly to the history of Prussian Blue, a blue synthetic dye.
In the latent period, when the images are exposed but not developed yet, the figure searches to define their body as both commodity and consumer of pharmaceutical products. This body is modelled on the productive body of Fordist labour. Yet like the industrial sites that appear as remnants of an older mode of production, this body has been fundamentally reconfigured to conform to post-industrial working conditions.
Subsequently, the figure aims to perform against pharmaceutical substances and prepare against a neoliberal take-over of their movements, lingering between the roles of researcher, scientist, athlete, pharmacist, patient, woman.