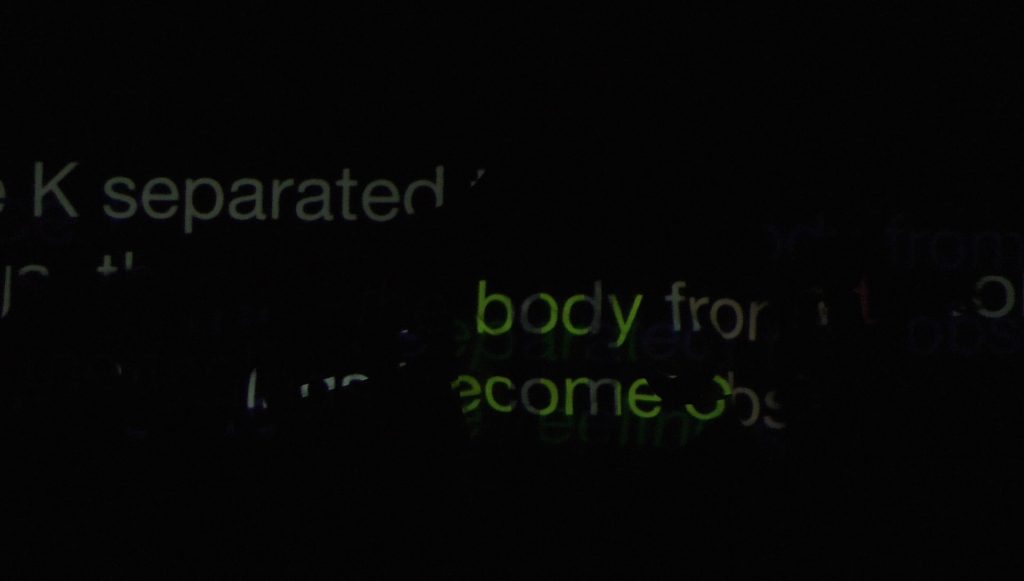 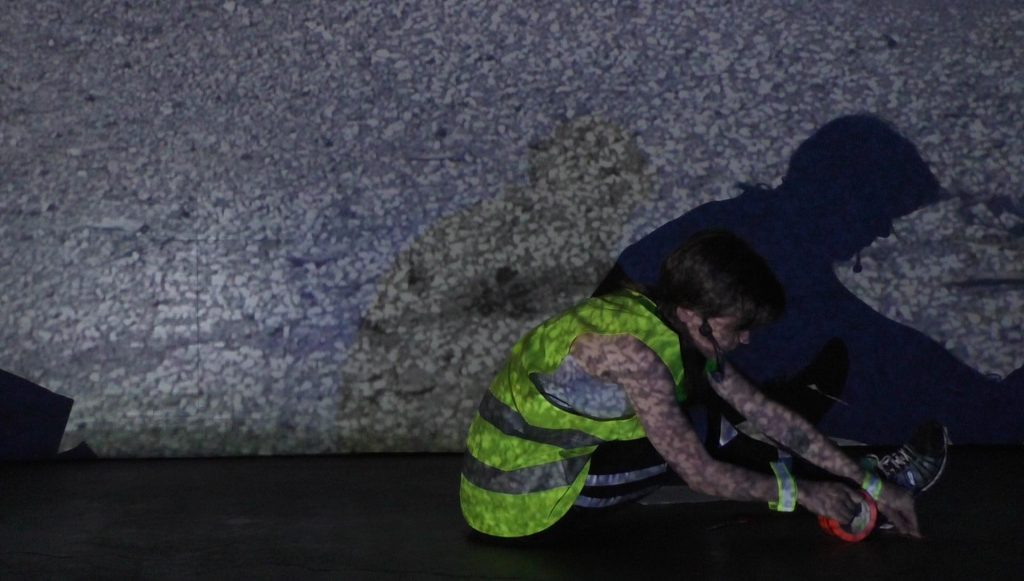 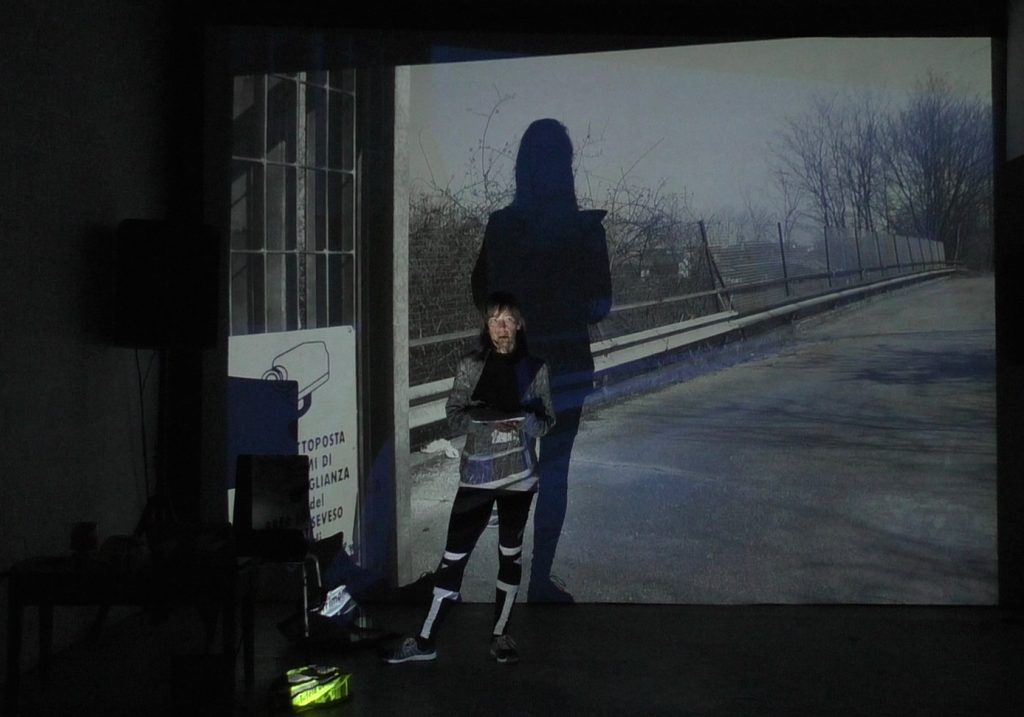 The alleged body is a performance that resulted from the video installation Bläue. In the face of dematerialized work and the production of post-digital image spaces, a figure proceeds through the steps of exposing and developing a cyanotype, performing against chemical substances and against a post-identity neoliberal take-over of their movements, lingering between the roles of researcher, scientist, athlete, pharmacist, doctor, woman. While waiting for the blueprints to expose and develop, and during that in-between space of transformation and fixation, a different kind of image emerges: an anaesthetic one that is disentangled from the continuity of time, and is without a fixed frame of reference.